Get fresh music recommendations delivered to your inbox every Friday.
We've updated our Terms of Use. You can review the changes here.

from Up North by The John King Band 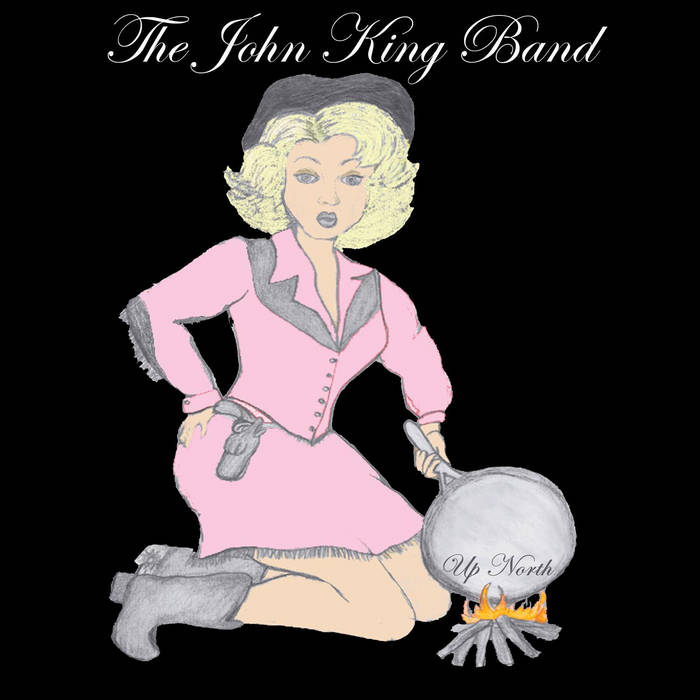 New York license plate layin on the horn, stuck behind a diesel loaded down with corn
Two lane highway slingin up dirt, He made a quick pass flipped the bird
on up the road about a half a mile, Sheriff sittin there with a big ol smile
Flipped on the blue lights run him down, He said cut me a break man I’m new in town

Back home in the NYC, you can slip a cop a 50 and He’ll let you be
You seem like a pretty smart man to me
I’m in a hurry and I’m runnin behind, would a hundred dollar bill change your mind
Sheriff leaned down into his Porsche said I don’t give a dang how you did it up North.

Verse
Down at the honky tonk Saturday Night, jukebox jumping girls looking right
Some Yankee fella spiked up hair, slapped Cindy’s bottom said git me a beer
Tater stood up Lord he put on his hat, said round here boy we don’t act like that
He shoulda listened to Tater's advice, instead he reached in his pocket pulled a switch blade knife

Chorus
He said, back home in the NYC all the girls in the city think the world of me
I’m gonna do whatever I please
If you ain’t down with that, I can cut you in a second flat
Tater smiled pulled out a colt 44 said I don’t give a dang how you did it up North

Bridge
When you’re down in the country, here’s what you’re gonna find
That kindness and honesty, is what we hold high
If you’re a God fearing simple man, we’ll get along just fine
And if not you’re better off above the Mason Dixon Line

Chorus
Down here in the country, a man’s word is all he needs
We fly the stars and bars wherever we please
If you ain’t down with that, the same road that brought you will take you right back
Love it or leave it, for what’s its worth,
I don’t give a dang how you did it up North

JKB was formed a little more than a year ago by singer/songwriter John King. King (24) was born in the small mountain town of Demorest, GA. As a child, he developed a love for music ranging from Traditional Gospel Hymns to Rock n’ Roll. For the past year, The John King Band has taken the South by storm - performing with country acts like Brantley Gilbert, Florida Georgia Line, and Kip Moore. ... more